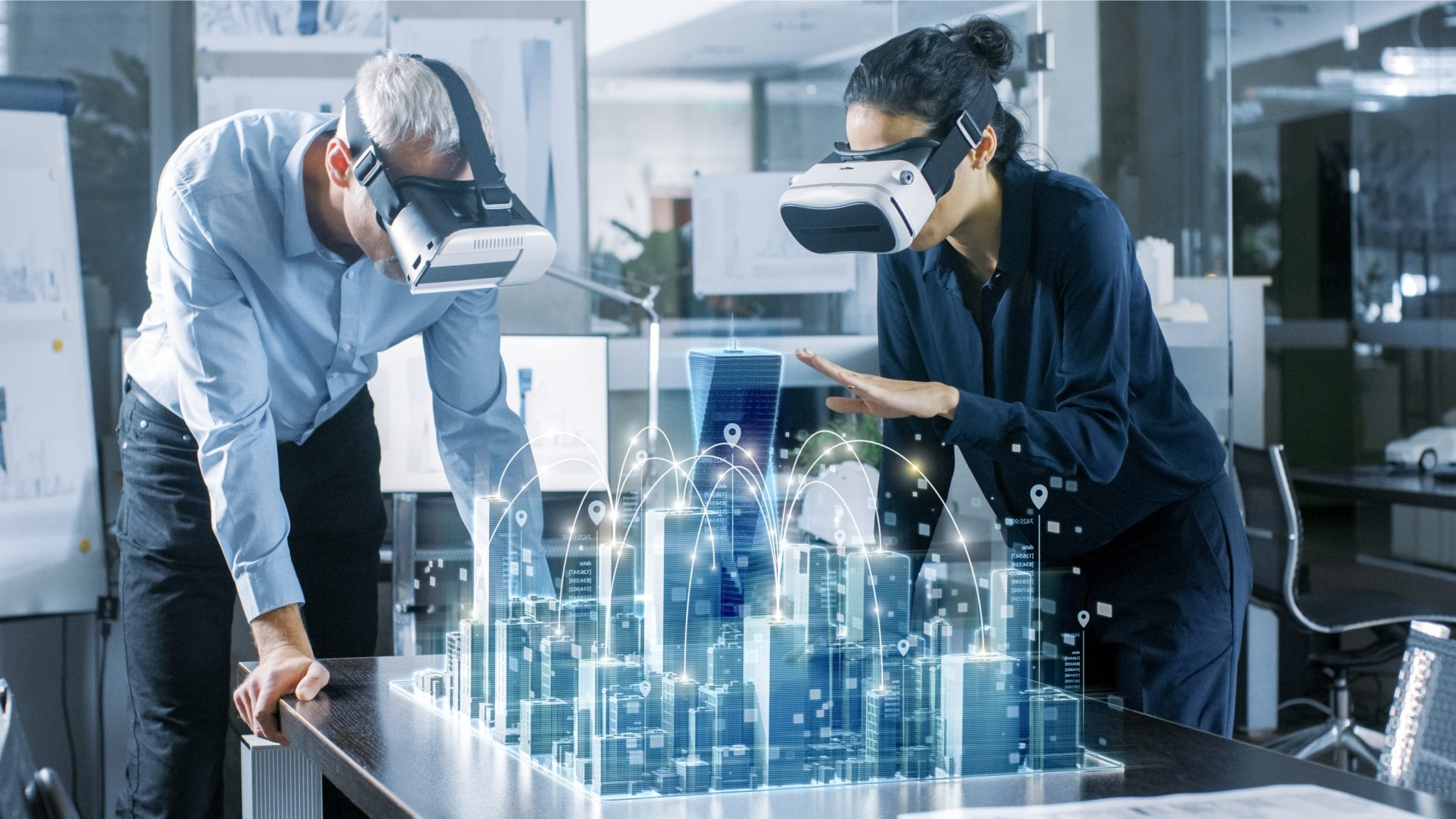 Experiencing the immersive VR technology in the Real World

Immersing the user into a simulation is what we call a VR immersive experience. A real-world that isn’t real.

Virtual Reality (VR) is a simulation. Just the thought of this experience brings out so many revolutionary ideas for improving the user experience.

Technology is made for the ease of humanity. Every invention leads to driving people to perform experiments and take risks. This century has seen some of the greatest advances in technology. This is so, especially in UI/UX.

The aim of technology is to make lives easier. The vast improvement in the UI/UX domain has improved the ease of use today. One of the most influential technologies is the VR headset.

People used this technology to further improve the user experience. It acts as a teaching environment as well. This is possible as the experience is immersive.

Virtual Reality technology has developed and advanced into more complex and more detailed. It intricates forms like Augmented Reality and Mixed Reality.

Uses of VR in various industries

A VR headset has motion sensors for tracking body positions. It also has small screens for display and some form of a computer processor. This headset is suitable for all VR based applications.

Its applications reach far and wide into the realm of user experience improvement. The entertainment sector specifically gaming and cinema, commonly use VR.

The next application for it would be in medicine and engineering. Simulating complex surgeries is possible with VR. This is so that surgeons can have their hands ready at the call of duty.

3D has taken a revolutionary turn with the advent of VR. Directors involve VR content into any possible entertainment. This includes music videos, art, TV shows and much more. VR is starting to look like the future of simulation and entertainment.

Even Will Smith has his own TV series made using VR technology. There are also games where players experience the most in-game experience. VR experience is the fever every entertainment company has to have.

It is possible to simulate the construction of a blueprint with VR. This allows everything to be calibrated before proceeding further.

Companies specializing in making VR headsets can boost their features. This helps them to keep up with the exponential advancement of technology.

Benefits of the VR Immersive Experience

Education and training in every field and domain heavily use VR. Armies are now advancing into the technological world. They use VR headsets to visually train their soldiers and rookies in the art of fighting and mandatory maneuvers.

VR also plays a part in the rehabilitation practices for various diseases like Parkinson’s disease. The VR setup for simulation is cheaper than getting the necessary actual resources to get things like these done.

Many rehabilitation centers were able to collect information and provide effective treatment. This is because VR enables them to fill the gap made by the lack of resources. VR can also help to support disabled people psychologically.

Paralyzed and disabled people often become lonely due to not being able to experience the outside world. This affects their ability to heal and the recovery process becomes slower or even becomes negative.

VR comes into play by helping these patients rediscover the joys of life. VR helps users and experts everywhere. Not just in sciences, but in arts as well. With VR, art has taken a revolutionary boost.

Artists now use VR to help themselves present art in a much more immersive and entertaining experience. This is because VR is cheaper than hiring a studio to display art.

Not only artists, but even museums are also now using the VR environment to better their user experience. Museums are getting more people to visit and learn about the culture and heritage of our past ancestors.

At first, VR was not as popular as it is now. The hardware and software at the time during its’ first innovation was limited as compared to now. However, the rebirth of VR took place after Augmented Reality became popular.

Augmented Reality is just virtual objects placed in the physical environment through a sensory device like a camera. Pokémon Go is an application of AR. AR has found its way easily into the better applications of VR.

With the huge success of Pokémon Go in the gaming domain, the profits of AR were clearly established. Since then AR has found its way into many applications. Google maps help people to find better directions or to identify a location and get its information displayed on runtime.

The start of VR gaining popularity was due to the pick up of AR. With the heavy popularity in Augmented Reality mobile apps, people were able to imagine the possibilities.

Ever since then, more people have started to become excited about VR. This gave way to advancement in technology that reached what was possible to achieve in today’s virtual reality headset.

It has helped the automotive and driving industry. It provides a better user experience for the automation that’s rapidly happening. AR is not just limited to the driving domain.

AR is used in interior design to find appropriate furniture by virtually placing it in the requisite place. It also helps in measuring things in real-time.

AR has also made navigation easier by providing users with an interactive experience to find any directions. People can try out their clothes on them beforehand so that it’s easier to decide.

This immersive experience has taken VR to another level by allowing users to get the best out of daily software. But the advancement did not stop here.

With the advent of the HoloLens by Microsoft, Mixed Reality was introduced for people to work with. Mixed Reality isn’t just the experience of VR and AR together.

This opens up a vast amount of opportunities using this technology with applications in almost all domains. Mixed Reality can bring about a reduction in the cost of resources required to achieve a task.

For example, students can perform different experiments using digital apparatus and chemicals and see many vivid reactions and results. This ensures their safety and also ensures better and more efficient learning for the students.

This level of immersive interaction is what makes the user experience to a whole new dimension, literally. The applications aren’t limited to this.

The stop is where your imaginations take a break. As far as you can imagine, the applications run. Mixed Reality is an emerging field with a lot of potentials and a lot of market value.

The growth of Virtual Reality

Mixed Reality is a great way to help people communicate with each other face-to-face but virtually. With Mixed Reality, it is now possible to have all your meeting board members to be present in your office. Even if neither of them is actually present there.

Teachers can be present in the classrooms teaching the children without actually being present there.

We have done a VR project to teach the Association for Persons with Special Needs (ASPN) students about cyber wellness. Click here to read the full details of our project.

It helps doctors practice surgery with accuracy and precision by rendering digital tools with updated values when required.

Virtual Reality also has its applications in tourism. THE VOID in San Francisco is a great tourist and public attraction. It allows people to experience what it is like to be in their favorite movies.

Popular blockbuster movies like the avengers, star wars, ghostbusters and many more can be experienced first-hand in THE VOID. Virtual Reality is the highlight technology of this decade.

Watch this video to see what goes on at THE VOID:

It is rapidly growing into a large scale market with a lot of demand on a larger professional scale. Companies have developed tools for people to use and learn for the public to know how to interact with them. Such companies include Google, Unity, Oculus VR and NVIDIA.

With an estimated market size of 18.8 billion USD this year, there is a lot of potential for this immersive technology. It can be established if used properly.

Virtual Reality is definitely a step closer towards the most ideal experience a user can ever have interacted with the software.

Send us a message if you would like to engage a Virtual Reality development studio for your business.